Juneteenth celebration will tell story of surviving, thriving, and the African American journey

When Bert Harris thought about curating a Juneteenth celebration for the Community Arts Center in Wallingford, he knew he wanted to tell a story that would span the full African American experience.

He also knew he wanted to tell that story through the mediums that have meant so much to him and so many others throughout African American history: poetry, music, art and dance.

“I thought about it as a journey, being an African, before being captured and sold,” said Harris, a longtime Philadelphia bassist and composer. “The journey through bondage to quote-unquote freedom, to still struggling today to be in a society that still doesn’t want you to be here and doesn’t see you as an equal human being. There’s no way to minimize the significance of how music, art, poetry and dance have helped African Americans to survive, but this is also about how we’ve given so much to the entire world through our experience here. I really want this Juneteenth experience to represent how we’ve survived and still thrive.”

Harris has assembled the Juneteenth Arts Ensemble, consisting of one dancer, one poet and 10 musicians, and they will perform as part of Community Arts Center’s (CAC) Friday Night Live series on June 17. PA Humanities is supporting the event through the PA SHARP – Sustaining the Humanities Through the American Rescue Plan – grant program.

Knowing that CAC has a tradition of presenting important concerts and shows that are also rooted in history, Bert presented the idea for a Juneteenth celebration to executive director Paul Downie, a longtime friend and fellow musician. Downie agreed immediately.

“I wanted to bring it to the CAC because we’re always interested in ways to make sure we’re being inclusive and welcoming, and expanding the cultural diversity of our programming in order to grow the CAC community and be a place of togetherness,” Downie said. “Historically, the organization has had a predominately white audience. However, we know that Black and brown folks are very much a part of our community. It is our intention to not only be welcoming, but also be relevant and engaging to people from all cultural backgrounds. As such, we need to be thoughtful about what we present.”

The program will start off with musician Rich Robinson playing a kora, an African stringed instrument which often accompanies the oral history and storytelling tradition, Harris said. The musical program will also include original pieces, including one Harris wrote dedicated to African children who were enslaved, and a piece by guitarist Jocko MacNelly entitled “Streets of America” that he wrote in support of the Black Lives Matter movement. Other styles represented will include hip hop, jazz, reggae and blues.

The spoken word and poetry pieces of the evening will come from Philadelphia’s Pheralyn Dove, a poet, author and artist who has composed two original poems for the event. She’ll also be reading “Still I Rise” by Maya Angelou and “Strange Fruit,” the poem written by Abel Meeropol and famously performed to music by Billie Holiday.

Although celebrated since June 19, 1865, when Union general Gordon Granger arrived in Galveston, Texas and told enslaved African Americans that they were free, Juneteenth until recently remained a largely unrecognized holiday in much of the U.S. That changed after the murder of George Floyd on May 25, 2020, and the nationwide protests against racial injustice that took place in the weeks that followed helped to bring it into the spotlight. Juneteenth became a federal holiday in 2021.

Even Harris said that although he learned about Juneteenth in his late 40s he didn’t become interested in it until the last two years. Being a part of bringing it to a wider audience, he said, is a privilege.

“It’s just so important that all of American history gets acknowledged, especially at this time when people are trying to suppress it or deny it or say you can’t talk about this history because it might make people feel bad,” Harris said. “I’m so thankful that Community Arts Center and Paul Downie had the understanding of the importance of doing this, particularly at this time.”

The program will end with a powerful and celebratory piece by South African pianist Abdullah Ibrahim, Harris said, who left his country in the 1960s during apartheid and moved to Europe, where he played music alongside people of all races.

“I think this is going to be a great opportunity to show the diversity of American history and how all kinds of people can come together to represent that history and share that history,” Harris said. “Half the band are white guys who I’ve known forever, the rest of the band is African American males and females and I just think that’s what the humanities is all about. Humanity.” 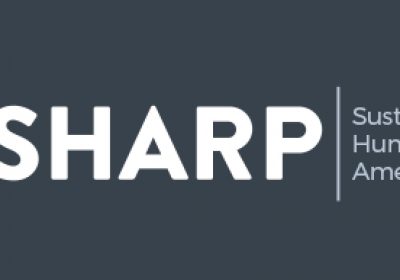