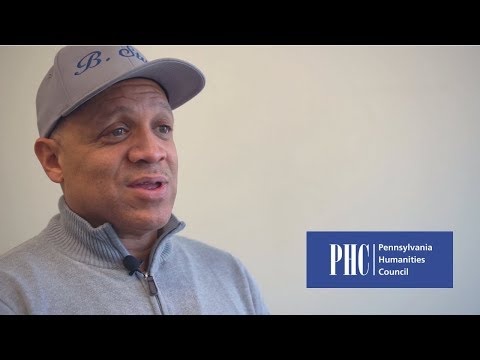 At PHC, we know that the educational value of the humanities extends to learners of many kinds. The University of Pennsylvania’s Veteran’s Upward Bound program is helping to prove this point, showing how powerful a part the humanities can play in the experience of adult students.

The program serves Philadelphia-area veterans seeking to regain learning skills and prepare for college-level studies. The goal is to increase the rate at which these individuals—particularly low-income, first-generation college attenders—go on to complete postsecondary degrees.

In 2015, through funding from the National Endowment for the Humanities’ Standing Together initiative, the Pennsylvania Humanities Council partnered with Penn VUB to expand and enhance the program’s humanities components. This decision was based on an understanding that the humanities help build vital skills such as synthesizing information, effective communication, and critical reflection, all of which contribute to success in postsecondary education.

The expansion of the humanities in Penn VUB programming has helped veterans to improve their academic skills; 80% of program participants who completed the program improved their academic performance as measured by a standardized test administered at the beginning and conclusion of the program. The success of the program doesn’t end there. In 2013 after completing the Penn VUB program nearly 90% of participants enrolled in postsecondary courses.

Penn VUB students who successfully completed the 2015-2016 program were honored at a graduation ceremony at the end of August 2016. During the ceremony, PHC awarded $500 scholarships to  four graduates who best exemplified humanities learning.

We are grateful to be a part of this inspiring project, and excited be able to use the humanities to better the lives of Pennsylvania’s veterans.